Libya rates as most-worsened country in world for past decade: FSI 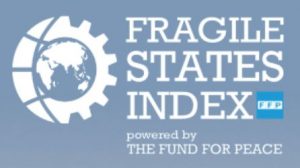 The report says that despite a surge of hope in January 2019, when a meeting in Berlin brought the main warring factions together with international stakeholders in an ultimately unsuccessful attempt to secure a ceasefire, chaos continued to reign for most of the year. With an estimated 300,000 Libyans displaced since the ouster of Qaddafi in 2011, and thousands killed and injured by indiscriminate attacks on civilian population centres, Libya remained one of the world’s most dangerous conflicts in 2019.

The war in Libya, it adds, is one of overlapping conflicts fuelled by multiple, often competing, internal and external interests. While securing a ceasefire remains key to bringing an end to Libya’s near constant cycle of conflict escalation and resultant misery, without a concurrent focus on addressing the deep structural weaknesses of the Libyan state, it is unlikely true peace will ever take hold. And with so many competing external and internal interests, which seem to be compounding and growing daily, it appears that chaos will continue to reign in Libya for the foreseeable future, the report concludes.