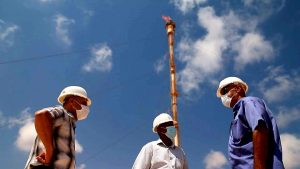 Ras Lanuf announced on Thursday (10 September) that it has successfully tested its ethylene incinerator and waste gas burner as part of its plan to reopen its industrial complex. The waste gas burner flame head was also replaced.

Ras Lanuf also pointed out that for the first time since the establishment of the industrial complex, the ethylene incinerator is operated by natural gas instead of LPG through the modification carried out specifically for this.

This modification was carried out after Ras Lanuf was sure that the local refinery was no longer able to supply LPG at the present time, which is what the refinery was originally designed for.