UNSC agrees new UNSMIL head and a Coordinator, to vote on them this week 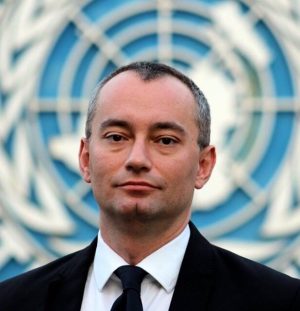 After more than six months of disagreement, the UN Security Council has agreed on a new UNSMIL head and his Coordinator. The UNSMIL head is former Bulgarian and EU politician and UN current UN diplomat Nickolai Evtimov Mladenov.

The new-look dual UNSMIL leadership structure is expected to be revealed this week in the draft resolution renewing the UNSMIL’s mission in Libya until 15 September 2021.

The new UNSMIL head will have a particular focus on good offices and mediation with Libyan and international actors to end the conflict, while the newly created Coordinator will be responsible for the day-to-day operations of the mission and its 200 staff.

Mladenov served as the minister of foreign affairs in the government of then prime minister Boyko Borisov from 2010 to 2013. He was a Member of the European Parliament from 2007 to 2009 and was Minister of Defense from 27 July 2009 to 27 January 2010. On 2 August 2013 Mladenov was appointed as United Nations Secretary-General Ban Ki-moon’s Special Representative for Iraq and Head of the United Nations Assistance Mission for Iraq. On 5 February 2015, Mladenov was appointed UN Special Coordinator for the Middle East Peace Process.