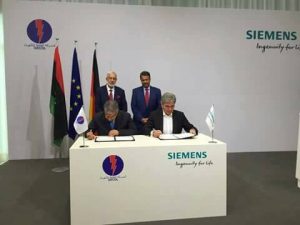 Siemens had signed an MoU with GECOL to resume maintenance and complete work on various power stations in August 2017 (Photo: GECOL).

The Audit Bureau gave these main six reasons for refusing to approve the Siemens contract:

1- The overpricing in the maintenance contract makes it equivalent to approximately 75 percent of the cost of creating new power units.

2- The contract was concluded by way of direct commissioning in violation of contract regulations.

3-The contracting company, Siemens, failed to implement a similar contract concluded in 2010 and has not yet completed it. 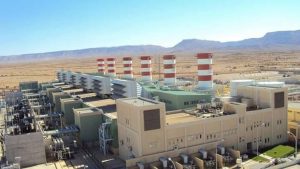 4- The contract is random and does not fit into the company’s current needs and circumstances.

5- The contractor’s insistence on drafting the contract in such a way that it does not require them to carry out the required work within the agreed period.

The Audit Bureau requested that GECOL prepare a maintenance plan and offer contracts in a public or limited tender process, in accordance with the state contracts regulations.

In August 2017 Siemens had signed an MoU with GECOL to complete its many outstanding projects, including Ubari plant as well as providing urgently needed maintenance to a number of other power plants.

In December 2017  Siemens and GECOL signed a €700 million contract for two new gas-powered stations in Tripoli and Misrata. This included a long-term service agreement.