Flights to oilfields allowed to resume by Hafter 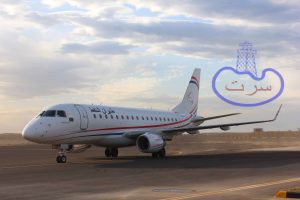 Sirte Oil announces the start of flights to oilfields after the political agreement for the resumption of oil production-exports (Photo: Sirte Oil Company).

Flights to Libya’s eastern-based oilfields have been permitted to resume by Khalifa Hafter (commander of the Libyan National Army (LNA), the eastern-based Petroleum Facilities Guards (PFG) were reported as saying yesterday.

The PFG are, in theory, the security force loyal to the Tripoli government and its National Oil Corporation (NOC) charged with protecting Libya’s oilfields. The eastern PFG have, however, been loyal to Hafter.

The resumption of flights, necessary for the transport of oil sector employees from the major cities to far flung oilfields and ports, was also confirmed yesterday by Sirte Oil Company. They announced flight resumptions from Tripoli’s Mitiga airport as of Thursday 1 October.

The resumption of flights comes as part of the agreement to resume oil production and exports by Presidency Council Deputy head, Ahmed Maetig and Khalifa Hafter .