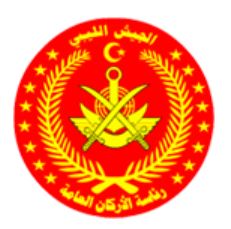 The Ministry of Defence of the internationally recognized Libyan government announced yesterday the opening of enrolment for those wishing to join its armed forces.

The Ministry stipulated that those wishing to join must be:

Upon graduation, the successful trainee will be granted the rank of Company Sergeant in the (the western-based) Libyan Army. The trainee will be given a monthly grant during the duration of the training. The Ministry did not mention how much.

It will not be the first time since the 2011 revolution that overthrew the Qaddafi regime that Libyan governments, west and east, have attempted to attract new recruits to their official ‘‘army’’.

However, the lure of being part of a well paid and independent militia has been too great and has meant that efforts to build an accountable, legitimate, apolitical army have hitherto failed.

Moreover, every successive military action that has taken place in Libya since 2011 – and there have been many – the militias have become even more enshrined and powerful.

In reality, rather than the nascent Libyan state integrating existing militias into its institutions, militias have very successfully integrated the state into their ranks.

Employment in response to protests

This latest attempt at army recruitment also comes as part of the Tripoli government’s attempt to respond to the country-wide protests and the resultant political fallout. One of the responses by the Faiez Serraj government has been the offer of training and employment to youth, who made up most of the protesters.

There have also been on-going attempts over the years to unify Libya’s militias and nascent western and eastern armies. The most successful of these attempts have been the Cairo Army Reunification talks. Vested interests and the jostling for its leadership and control have meant that the talks, although reporting progress from time to time, never came to an ultimate successful conclusion.

One of the main barriers to reunification has been Khalifa Hafter, who many stakeholders in west Libya find objectionable. His attack on Tripoli in April 2019 put an end to talk of army reunification.

It must also be recalled that the Demilitarization, Demobilization and Reintegration (DDR) of Libya’s militias is not an option but is mandated by the 2015 Skhirat Libyan Political Agreement (LPA). The failure by the Tripoli government to conduct effective militia DDR has been one of the major political grievances of the eastern political and military opposition.