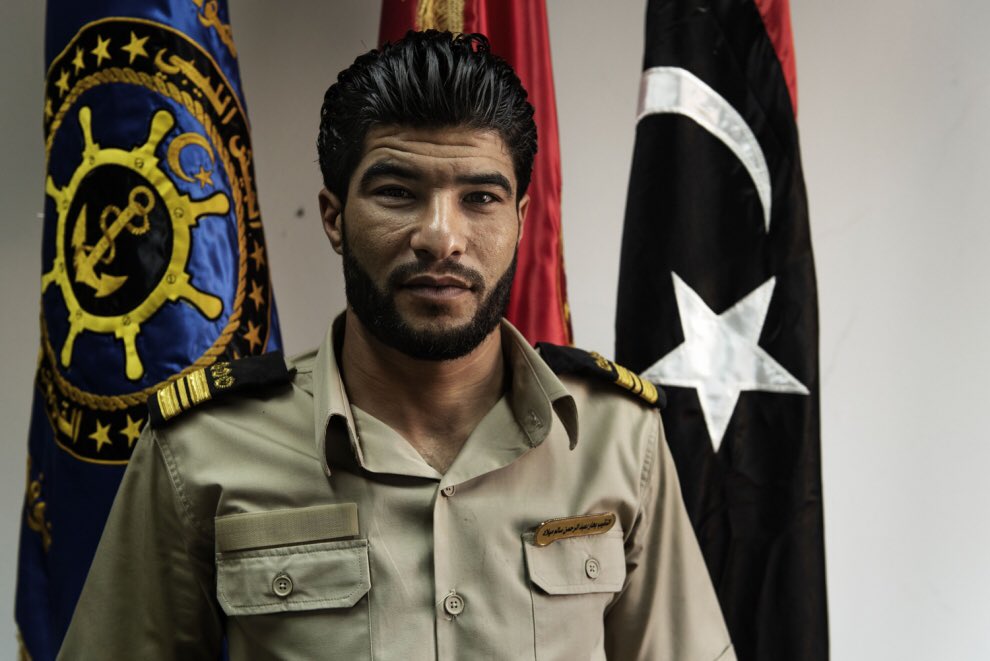 Abdelrahman Milad ”Al-Bidja/Bija”, a captain in the Libyan Coast Guard was arrested in Tripoli yesterday. He was wanted by INTERPOL and the UN Security Council accused of human trafficking, migrant and fuel smuggling (Photo: Social media).

The Interior Ministry stated that ‘‘based on the investigations conducted by the Public Prosecutor’s Office and on the arrest warrant against Abdelrahman Salem Ibrahim Milad, nicknamed Al-Bidja, and the issuance of a special bulletin from the Interpol, and upon the request of the Security Council Sanctions Committee, for the involvement with others in human trafficking, migrant smuggling and fuel smuggling’’.

Therefore, after searching, investigating and collecting information, the Tripoli Security Directorate managed to arrest the concerned person and inform the Public Prosecutor’s office to take legal measures against him, and the search is still underway to arrest and bring the remaining accused.

The Ministry of the Interior affirms that it will work with utmost determination to apply the law to everyone, and that the hand of justice will extend to all wanted persons’’.

Following his arrest there were reports of militias from Al-Bija’s hometown of Zawia descending towards Tripoli. The strategic 27km bridge checkpoint was closed off and gunfire was reported.

Famously, Al-Bija appeared in a photograph in Italy and Italy is accused of ‘‘dealing’’ with him.

On the arrest, the french embassy in Libya tweeted: ‘‘The arrest of Abderrahman Milad #Bija, in accord to the Libyan court decisions and the sanctions committee of the UNSC, is good news for the fight against human trafficking in Libya and the Mediterranean. Bravo @fathi_bashagha and @GovernmentLY”