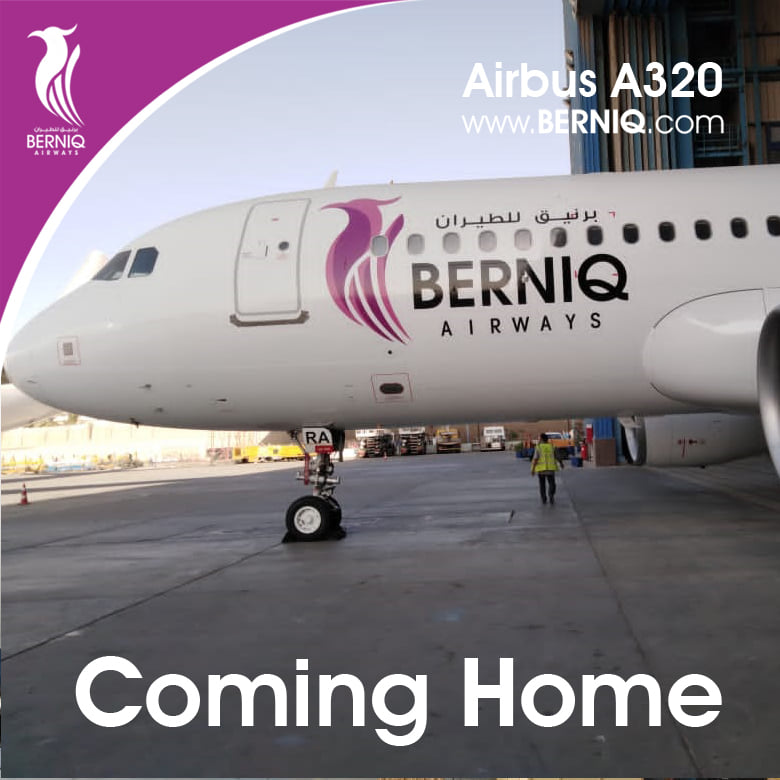 Berniq Airlines’s first of its fleet of Airbus-A320 (5A-BRA) aircraft arrived at its hub at Benina Benghazi airport today.

It will be recalled that on 29 February Berniq Airways opened its plush Benghazi headquarters.

Berniq is a newly established private sector company based in Benghazi with a capital of LD 200 million. The Benghazi-based Bank of Commerce and Development (BCD) owns 40 percent of the airliner. The airliner will use Benghazi’s local airport, Benina airport, as its hub and with its fleet of three Airbus A320 aircraft.

In February it had expected its first aircraft to enter service at the beginning of April with the other two craft expected to enter service in May, according to Berniq founder Jamal Abdul Malik, Chairman of the Board of Directors of the Bank of Commerce and Development. However, the Coronavirus pandemic and war on Tripoli put that schedule back.