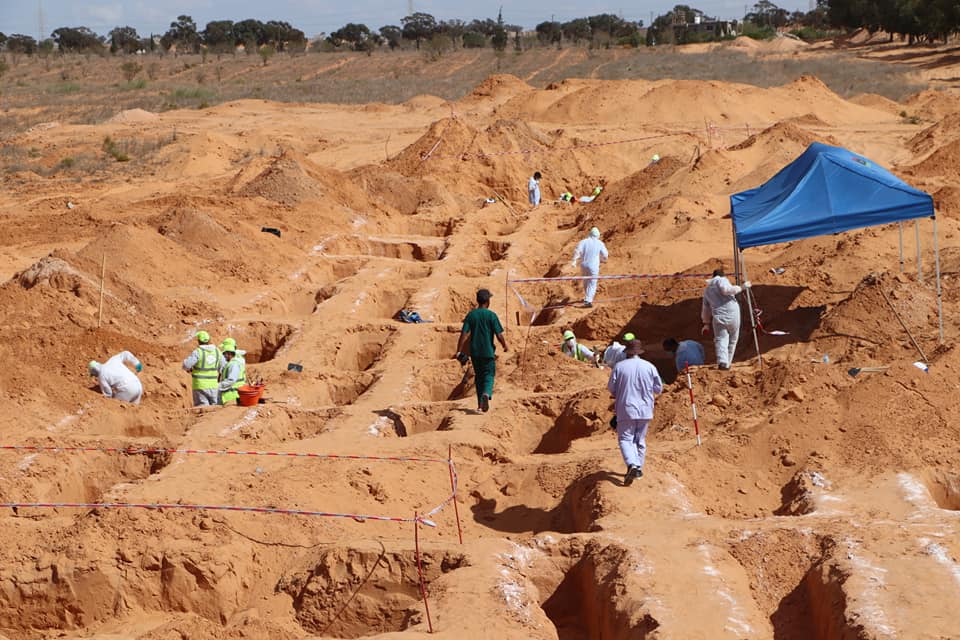 Four new graves, two of which were described as ‘‘collective’’ and two as ‘‘individual’’, were discovered in the Rabt Project area of the city of Tarhuna, The General Authority for the Search and Identification of Missing Persons reported yesterday. It said 12 unidentified bodies were recovered in the four sites.

The Authority, part of the Ministry of Justice of Libya’s internationally recognized government in Tripoli, is charged by it to investigate missing persons. In July it had reported that 226 bodies and a number of remains were recovered in Tarhuna and areas south of Tripoli, during the period from June 5 to 16 July.