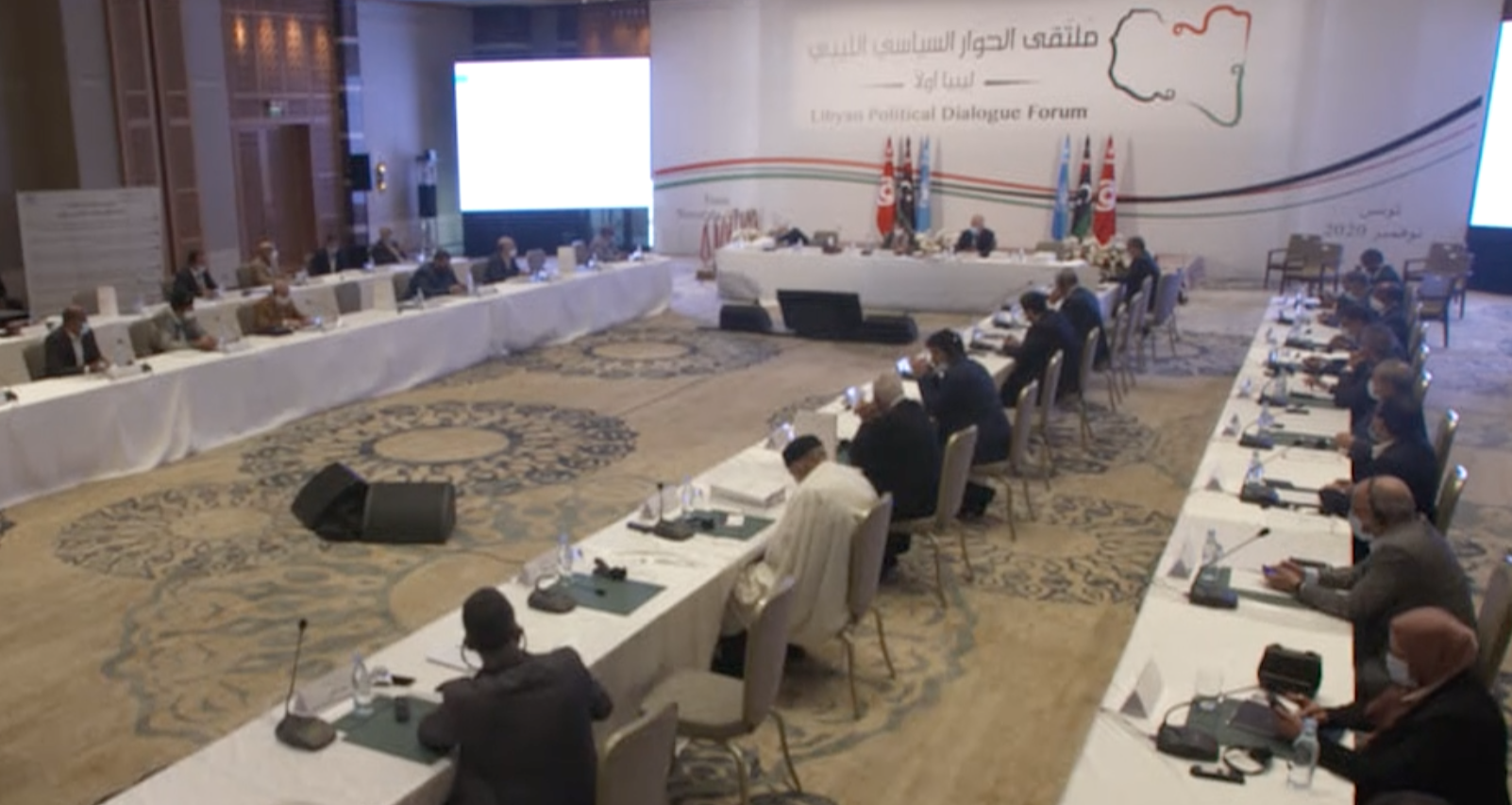 Delegates to the Libyan Political Dialogue Forum which started in Tunis on 9 November have approved the roadmap drawn up by UNSMIL which will create a new interim three-person Presidency Council (PC) and Government of National Unity (GNU) and result in elections within 18 months based on an approved constitutional process.

In upbeat mood at a press conference in Tunis last night UN special envoy Stephanie Williams hailed the development as a “breakthrough”.

Earlier the same day, a number of Libyan political activists and observers gathered near the Four Seasons Hotel where the forum is taking place, had questioned whether the draft would be easily approved and suggested that it faced significant opposition.

The roadmap approved is essentially the draft National Political Programme Document presented by UNSMIL to the 75 delegates, but with some slight amendments according to Williams. These had been drafted by an 11-person team that included lawyers and women, she explained.

She did not say what the amendments were.

However, it is known that under the roadmap as agreed, not only would there be elections based on an agreed constitutional framework within 18 months of the new PC and GNU taking office, Libya’s institutions would also be reunited and there would be moves to ensure national reconciliation, transitional justice and the return of displaced people.

Human rights were also central to the talks, she added.

She strongly condemned the killing on 10 November of Benghazi lawyer and activist Hanan Al-Barasi and demanded a thorough investigation. The perpetrators had to be brought to account. The assassination made the work of the LPDF all the more important, she said, adding that there had to be justice for the murdered lawyer.

She also attacked disinformation campaigns on social media targeting the LPDF and the Joint Military Commission (JMC) which was still meeting today in Sirte.

The LPDF had now moved on to discussing the powers and competencies of the new PC and the Government of National Unity, Williams said. Discussions on the issue would continue during Thursday.

It is widely expected among LPDF observers that the delegates will opt to hand far more powers to the prime minister than to the president.

So far, she added, no one so far had publicly suggested names for the four posts.

There was “a real momentum” at the talks, she said, adding that she was confident that the participants would “do as much as they can” to move things forward in the face-to-face meeting.

Turning to the work of the JMC currently meeting in Sirte, Williams said that a sub-committee had discussed security arrangements for the demilitarised town and that a separate subcommittee would today look at the process of  withdrawal by the various forces in the demilitarised zone.