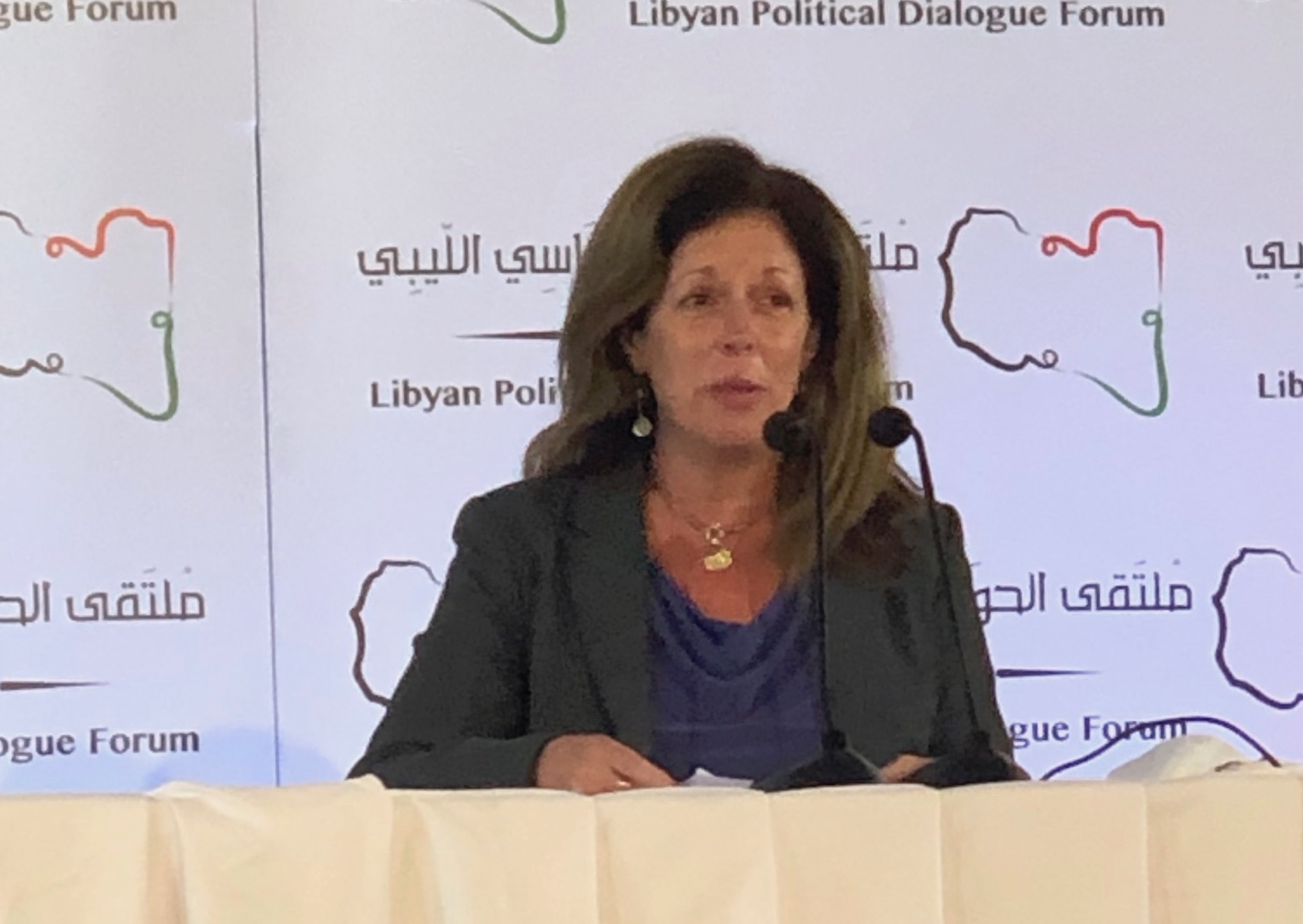 After a week of negotiations in Tunis organised by the UN Special Mission in Libya (UNSMIL), the Libyan Political Dialogue Forum (LPFD) ended its first face-to-face session late on Sunday evening.  The 75 delegates – 13 each from the House of Representat8ives (HoR) and the State Council, the rest selected by UNSMIL – are to gather again in a week’s time but in a virtual session on the internet.  They are expected at that point to decide on the process for selecting the new 3-person Presidency Council as well as the prime minister.

It had been thought that the delegates would have agreed a process by the end of yesterday. However, there were divisions.  The LPDF had already accepted that the three members of the new PC would each represent one of the country’s three historic regions – Cyrenaica, Fezzan and Tripolitania – and several of those attending wanted the vote for each of the three to be limited to those delegates from the region concerned.  Others wanted all the delegates to vote together as a single college for each of the three members.

It is expected that they will agree to vote as one body for the new prime minister.

Speaking to a midnight press conference last night, acting UN special envoy Stephanie Williams said that there would be “several” more sessions before a new roadmap was finalised.

Among other issues still undecided are the actual selection of the three PC members and of the prime minister as well also the constitutional basis for elections. Williams predicted that decisions would be taken, despite fears among some observers that moving from an in-person gathering to online sessions could change the dynamic and lose the momentum.

“There is a clear desire [among delegates] to continue and pick up the pace” she said.

During the week the delegates decided that the elections would take place on 24 December 2021, the 70th anniversary of the country’s independence.

Other decisions taken during the week-long forum included one on the competencies of the Presidency Council and of the proposed government of national unity to run Libya until the elections in 13 months’ time. However, Williams did not, spell out what they were.

Another decision was that 30 percent of the new government of national unity should be women. Williams also mentioned a move to try and have a woman either as a member of the new PC or as one of the two deputy prime ministers.

The latter suggestion, however, is thought unlikely to occur.

On Sunday, there had also been a vote on a proposal to exclude from the four top posts anyone in a position of power since 2014, either as a member of the HoR, the State Council, the eastern-based government of Abdullah Al-Thinni, the Tripoli-based government of Faiez Serraj or as a top commander in the armed forces. The move would have prevented, among others, Serraj, GNA interior minister Fathi Bashagha, Khalifa Hafter, deputy PC head Ahmed Maetig and HoR president Ageela Saleh from being considered.  In the event, according to Williams, 61 percent of those present voted in favour of the proposal but this was insufficient as it had been agreed at the beginning of the week that all decision had to be approved by 75 percent of the delegates.

Williams noted, though, that the fact that there was a clear majority in favour “sent a right signal” to the delegates about the sort of person they might choose.  Sending signals herself, she made a number of scathing remarks about some of Libya’s political elite. Since the revolution the political class had had ample opportunity to make the decisions needed to transform Libya, she said. But there had been misgovernance and corruption, she stated. And there were now ‘spoilers’ who wanted to keep the status quo.

Referring to them as ‘dinosaurs’, she predicted that they too would become extinct unless they joined the movement for change. The government, she said, had to be more technocratic. Those who continued to obstruct change would be subject to sanctions, she warned.

Not everyone would be happy with the outcome of the LPDF, she conceded, but they would have to “get used to compromise”, she said.

She also disclosed that she had ordered an investigation into allegations of political figures trying to bribe delegates so as to be appointed to one of the four top posts.  It undermined confidence in the forum, she said, warning that anyone involved could also be sanctioned.  She would take decisions once the investigation was complete.

Williams was due to fly from Tunis to Brega today to attend discussions with NOC chairman Mustafa Sanalla on the restructuring if the Petroleum Facilities Guards.