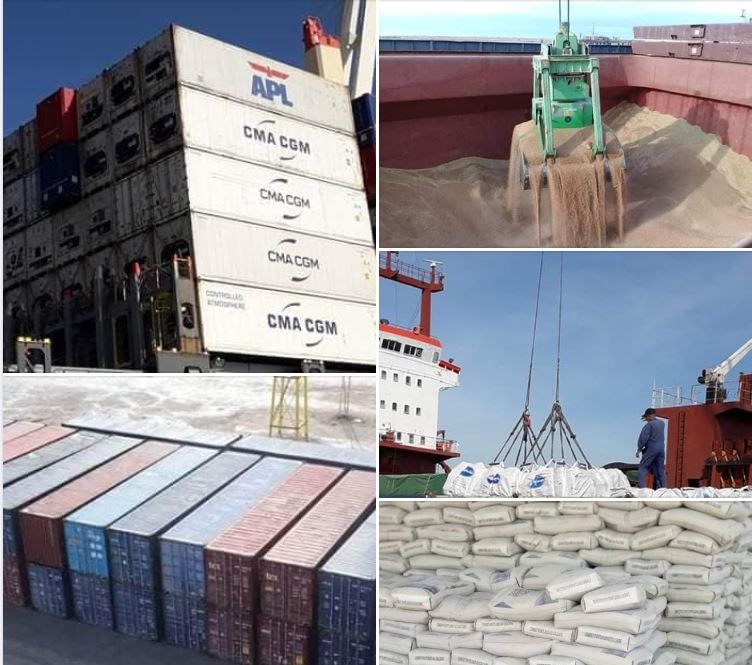 Goods arriving in Libyan ports will not need to have been paid for by official LCs (Photo by Benghazi port from archives of Benghazi port August 2020).

The internationally recognized Libyan government based in Tripoli and led by Faiez Serraj has reversed its decision that all imports must be paid for by official Letters of Credit (LCs).

Yesterday, the Serraj Ministry of Finance confirmed that its Customs Authority will allow the import of goods without adhering to the payment restrictions in force prescribed by the Tripoli Central Bank of Libya (CBL) in accordance with Decree  dated 11/24/2020.

The Ministry said that the Customs Authority invited the CBL to activate other various banking payment mechanisms to activate tightening control over foreign exchange, which is one of the axes of economic reforms approved since October 2018.

The Ministry stated that the Customs Authority affirms the establishment of law enforcement rules to ensure the achievement of national security and protection of the national economy, and the fight against money laundering and terrorist financing.

It also confirmed that the Customs Authority strives to contribute to the success of the government’s vision to protect the country’s interests and citizens and ensure the stability of the general level of prices, especially in light of the complex shocks to the national economy.

It will be recalled that it was only the 16 November that the Customs Authority had warned that it will no longer release imported goods at ports/borders not paid for through LCs after the end of this year.

The authority had said that by December 31 importers will no longer be able to clear their goods at seaports and land ports and any shipments that arrive after that date will be confiscated.

The procedure had come in implementation of the decision of the Serraj government which had allowed traders to import goods without documentary credit (Letters of Credit-LCs) proving their access to official foreign currency from the Tripoli Central Bank of Tripoli (CBL).

It will be recalled that the Tripoli-based Libyan government decree of August 2020 (560/2020) had stipulated that the period during which merchants can import goods without LCs will end on 31 December 2020.

It will be recalled that the Tripoli-based Libyan government had passed the above decree to grant a waiver to merchants who had imported goods without having opening an official LC, that is without having purchased hard currency and paid for it through a Libyan bank.

The Tripoli government was forced into this decision, against the wishes of the Tripoli CBL, due to several factors.

These included the fact that Libya had just come out of the war on Tripoli with Khalifa Hafter. It was also thought that to destroy goods imported outside the official channel would obviously be a loss to importers, but also a waste of Libya’s fast dwindling hard currency resources.

These goods, which had remained in limbo stuck at ports for months, were also clogging storage space at Libya’s ports.

The problem with the official LCs is that the CBL has taken it upon itself to draw up a list of what it sees as necessary goods and products for which LCs can be opened. The CBL sees this as part of its effort to preserve Libya’s diminishing hard currency reserves in view of the country’s economic crisis.

Libya’s budget has been operating on a deficit for years made up through CBL loans. The deficit has been caused by Libya’s politically motivated oil closures and the crash in international crude oil prices.

An attempt to solve the cash crisis

The CBL also uses the implement of official LCs, by insisting a proportion of LCs is paid for in cash not by cheque or bank transfer, to force Libyan importers to get their cash hidden in their homes out into circulation. This, they hope, will help reduce the country’s cash crisis. As a result of the loss of confidence by the public in the Libyan authorities, Libyans have been hoarding their cash at home. This has left the banks dry.

Reduce the price of hard currency on the black-market

Nevertheless, the imposition of restrictions on what goods can be imported leaves a raft of goods that cannot be imported through LCs. This gap has been filled by the nimble private sector who buy hard currency on the black-market (or who have hard currency abroad) to meet demand for goods off the official LC list.

Inflation, prices and cost of living

Hence, allowing goods to be imported outside the LC system creates demand for hard currency on the black-market. This helps push up the price of hard currency which has a knock-on effect on inflation, prices, cost and standard of living.

There are many small Libyan businesses operating in the grey economy who also prefer to import goods using cash. That way they avoid the taxman and the red tape and bureaucracy of opening LCs. There are also accusations of corruption by bank officials in facilitating the opening of LCs. Libyan banks are accused of preferring to open LCs to large companies.

For example, Tunisian and Egyptian SME exporters and farmers engage in instant cross-border trade, especially for seasonal fruit and vegetables. These type of farmer exporters are used to the traditional cash-based transactions, reacting to the farming season and instant demand from Libya based on phone calls as prices in Libya become favourable. Often they drive over the border with unsold goods hoping to sell them after they enter Libya.