In an open letter published yesterday addressed to the Secretary-General of the United Nations, Antonia Guterres, and Acting UNSMIL head, Stephanie Williams, 56 of the 75 members of the Libyan Political Dialogue Forum (LPDF) demanded the suspension of membership from the LPDF of all those associated with the serious allegations of corrupt practices and the use of political money in connection with the nomination process for Libya’s next executive authority.

The letter also demanded that the procedures for investigating these allegations be of the highest degree of transparency to inform the Libyan people, the rightful sovereign body, of the results of this investigation.

The request comes in light of Williams’ acknowledgment at a press conference of the existence of serious allegations about the existence of corrupt practices and the use of political money in an attempt to influence the nomination process for the position of Libya’s next Prime Minister. She had revealed during the press conference closing the 9-15 November face-to-face LPDF Tunis meeting that an investigation is underway into these allegations. She had said that if proven, the guilty could face international sanctions. 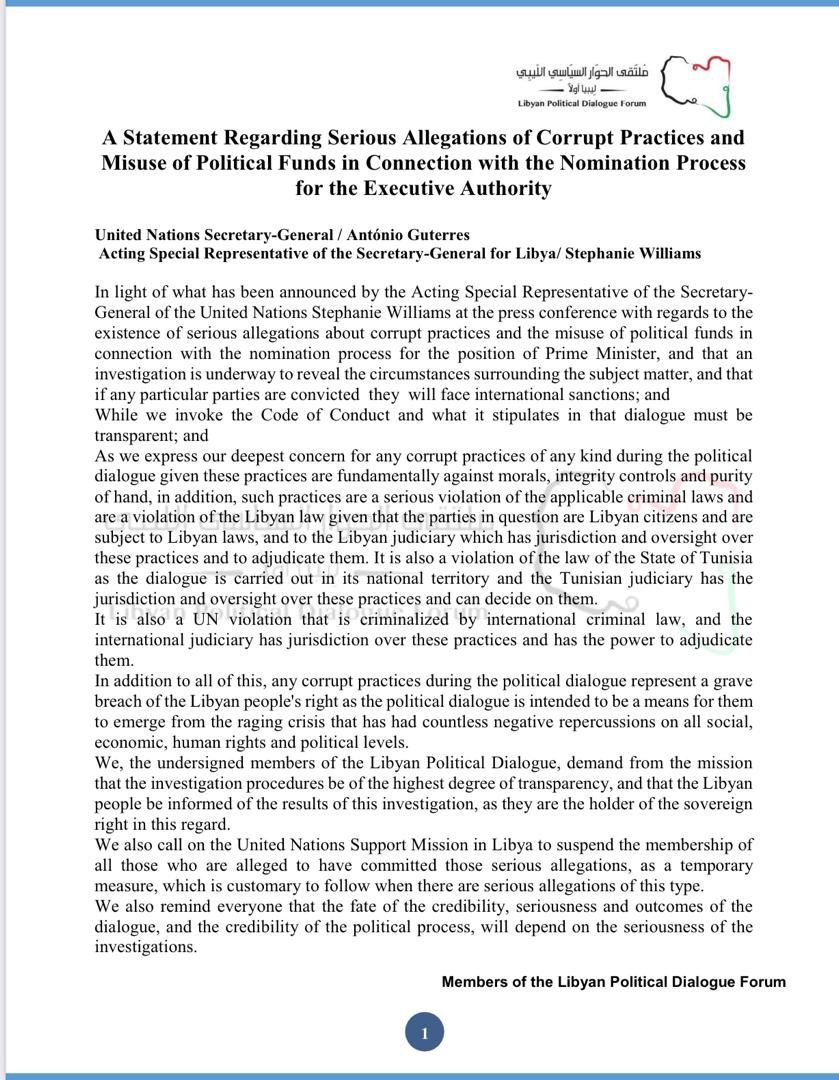