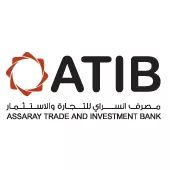 Libya’s private sector Assaray Trade and Investment Bank (ATIB) revealed yesterday that it had successfully thwarted an attempt to embezzle LD 3.9 from its accounts. The failed attempt was conducted by one of the bank’s Customer Relations employees, ATIB said.

The bank reported in a statement yesterday that the discovery of the attempted embezzlement was discovered in October and that the embezzlement attempt was made in late September this year.

It explained that the incident was discovered through verifying the balances and transactions of some customers on the second of October of 2020, as it was found that there were unknown debits implemented in the second half of September of the same year.

The bank reported that it formed an investigation committee that discovered suspicious financial activity amounting to a financial crime. The bank notified the Public Prosecution Office providing it with all the evidence indicating the financial crime.

ATIB explained that the accused employee had carried out fraudulent operations in his capacity as a Customer Relations official, taking advantage of his functional and legal powers to manipulate accounts, giving them legal status by forging payment and transfer requests, exploiting his knowledge of signatures and his natural supervisory duties by virtue of his job and flouting his colleagues and superiors.

The accused employee also exploited the powers granted to him by virtue of his position to enter the accounts of some corporate clients and to initiate transfers and banking operations through the banking system by using his user name to enter these accounts with the intention of acquiring the financial value that he was unable to take out outside ATIB’s banking system .

ATIB said the attempted embezzlement failed due to the nature of the inter-bank clearing system that is characterized by maturity periods, especially for large sums that are usually subject to verification of the anti-money laundering units in the Central Bank of Libya and other banks. As a result, ATIB explained that the amount remained suspended for some time, contrary to what the employee expected to complete his embezzlement process, allowing ATIB to stop transactions executed before maturity, and the amount to be refunded.

ATIB introduces biometric KYC as part of its digitalisation process