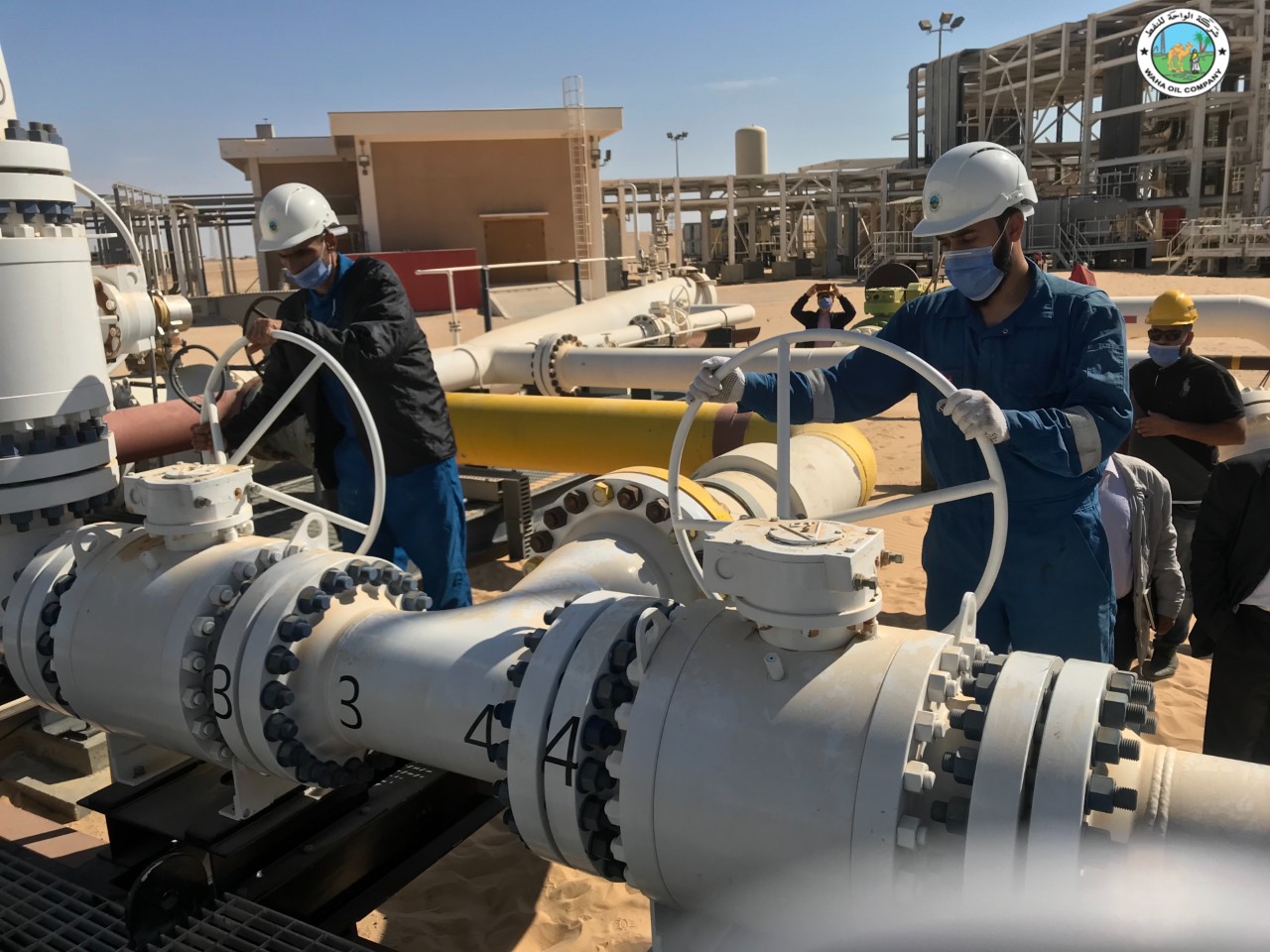 Waha Oil announced Wednesday (18 November) the start of its first phase project to pump gas from its Faragh field to the Sarir power station. Sarir power station is located about 800 km south of Benghazi, deep in the south eastern Libyan desert.

Waha reported that the Faragh field is one of its and of its parent company’s (the National Oil Corporation) strategic projects and the largest completed projects in the Libyan oil and gas sector in 2019.

It hailed the successful maintenance work in light of the Corona pandemic and the lack of an adequate budget which culminated in restarting the first phase Faragh gas plant despite the 10-month hiatus in work. It said the project has an important vital aspect in supporting the national economy.

Waha said on 18 November it opened the valves of the first phase 7-kilometer line to pump gas to the Sarir power station instead of using the relatively more expensive diesel, saving the state General Electricity Company of Libya (GECOL) a lot of money in addition to being environmentally friendly.

Meanwhile, GECOL said the supply of gas to Sarir power station is a qualitative transformation that enables it to reduce the ‘‘exorbitant costs of using fuel and the subsequent transportation expenses’’ as each Sarir power generation unit consumes 1.2 million litres of fuel daily.

Bribery allegations at LPDF must be investigated, publicised, accused excluded and referred to justice: Libyan Organization for Independent Media