HoR calls for session in Benghazi on Monday 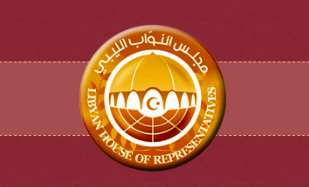 The internationally recognized Libyan parliament, the House of Representatives (HoR), yesterday called for the holding of an official session in the city of Benghazi on Monday (7 December).

The official call does not provide any further details and has led to speculation. It comes as the members of the split HoR, including the breakaway Tripoli HoR, are about to meet in a reunified session in the neutral Libyan town of Ghadames.

The members have been arriving directly in Ghadames after their successful consultative meeting in Tangiers, where they had agreed to end the HoR split and to hold a unified meeting in Ghadames.

To this end, it is unclear if the call for a meeting in Benghazi is meant to follow on from the Ghadames meeting or to compete and undermine it.

It must be noted that the conciliatory meetings in Tangiers did not include HoR head Ageela Saleh who many consider as controversial and divisive.