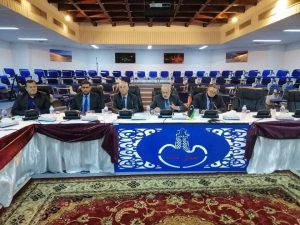 The budget reunification meeting held in Brega yesterday between the two Libyan governments ended with the formation of a committee, the Unified Financial Committee.

The Unified Financial Committee will follow up the agreed implementation procedures and will start the full preparation of the 2021 budget within the state’s estimated revenues for 2021.

Concluding the meeting, Tripoli’s Foreign Minister, Mohamed Siala, who chaired the meeting, stressed the role of the Central Bank of Libya, the 5 + 5 Joint Military Commission, the Political Dialogue Committees and the Budget Preparation Committee in achieving what he referred to as ‘‘the Libyan people’s hopes for political, economic and military stability’’.

On a political front, it means Tripoli has agreed, retrospectively, to finance the costs of the war that Khalifa Hafter had launched on Tripoli from April 2019 to June 2021.

On a positive note, and applying the school of thought that the war, and all of Libya’s wars since 2011, have been over the distribution of the country’s oil wealth, the budget reunification should facilitate for faster political rapprochement between western and eastern Libya.