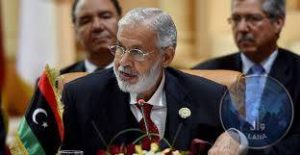 The Foreign Minister of Libya’s internationally recognized government criticized the fact that some African governments unilaterally liquidated Libyan investment projects in their countries on flimsy pretexts.

He said they even nationalized these and handed them over to other investors. He complained that some states stopped direct air traffic as a result of the circumstances experienced by Libyan airlines and that other airlines took advantage of this situation by operating alternative airlines.

Siala said that Libya has a diplomatic presence covering most of the countries of the continent, with embassies in 49 countries out of 52.

He explained that Libyan investment activity in Africa began at the beginning of the 1970s and was the leading investor on the African continent through its African Investment Company and other Libyan investment fund companies.

These investments were in many countries of the continent in various investment sectors, as well as contributing to the establishment of commercial and development banks through the Libyan Foreign Bank and the large Libyan contribution to the Bank of the Sahel and Sahara, as well as telecommunications companies and the distribution of hydrocarbons in Africa.

The Foreign Minister pointed out that these institutions were distributed in countries in the centre, west, south and east of the continent in more than 25 African countries, to provide more than 30,000 jobs for African youth.

In addition, there were to the not-for-profit charitable investments of the Islamic Call Society in Africa, providing employment opportunities for the youth of the African continent, and spending the proceeds of these investments on the continuation of its activity, in parallel with the financing and implementation of the Libyan Aid and Development Fund for infrastructure projects.

There is also the Infrastructure and Green Agricultural Programme which ploughs for individual farmers free of charge, in addition to the “South-South” Medical Care Programme in Africa in partnership with the Nigeria, whose main activity is mitigating natural disasters in the countries of the continent.

“The activity of all these institutions has contributed to strengthening Libyan cooperation with African countries in its political, economic and cultural fields and reducing the illegal migration of the continent’s youth for economic reasons,” said Siala.