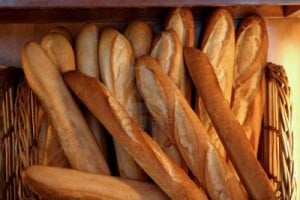 Most bakeries in Greater Tripoli closed on Saturday and Sunday as a result of the introduction of the new exchange rate, the Tripoli based official state news agency, LANA, reported today.

The closures came after many bakeries had raised the price of a loaf of bread to one dinar for three loaves, citing the dinar devaluation as the reason. A loaf of bread is supposed to sell at LD 0.25.

However, after the Municipal Guard and the Food Control Centre ordered bakeries to sell bread at their usual prices or close, many chose to close. The widespread closures meant there were huge crowds at the few bakeries that chose to remain open.

The Bakeries Union told LANA that flour prices had shot up from between LD 138 to 145 per quintal (100 kgs) to LD 210 per quintal. It reported that the new dinar devaluation price had created difficulty opening letters of credits which prevented owners of flour mills from providing ample stock of flour material.

The Union said bakery owners continued to sell the loaf of bread at the same price for two or three weeks to give the government a chance to find radical solutions to the problem, while blaming the Municipal Guard and the National Food Control Centre with full responsibility for bakery closures by forcing them to sell at the old prices.

The Union called for support for flour mill owners to stabilize the price of the loaf of bread, and for the activation the state Price Stabilization Fund to provide credit to mills so that they can provide flour and not speculate on the currency black market.

On Thursday, the Economy Ministry, responsible for setting the price of state-supplied wheat to mills and the price of a loaf of bread, said it would speed up the supply of adequate wheat stocks and sought a commitment from bakeries to stick to official prices.

Meanwhile, the General Mills Company denied that it was responsible for any flour price increases adding that if it had increased prices relatively, as it does from time to time, it would be a minor price increase that would not lead to a sharp rise in bread prices.

Critics suspect that bakery owners were anticipating future increases in flour prices and jumped the gun with their bread price increases. But current stocks are still priced at old prices.

Meanwhile, the authorities have decided that all bakeries will be forced to sell bread at its original price.