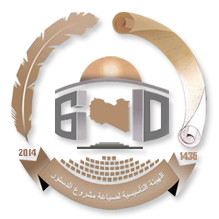 The CDA is the country’s democratically elected entity tasked with drafting the constitution.

The draft constitution had been prepared by the CDA in July 2017 and presented it to the HoR for the later to organize a referendum on it. However, controversy and political splits delayed the holding of the referendum.

In the statement, the 29 members that signed the welcoming statement said this step would ensure the ending of the transitional stages and moving to the permanent stage in which the presidential and legislative elections are held in accordance with the provisions of the country’s permanent constitution after it has been approved by the people through a general referendum.

New draft constitution “gives everyone something and nobody everything” | (libyaherald.com)