The Interior Ministry of the internationally recognized Libyan government in Tripoli announced yesterday that residents of southern Tripoli that had suffered property damage during Khalifa Hafter’s war on Tripoli will receive priority in receiving cement to facilitate repairs and reconstruction.

To this end, the Interior Ministry has established a committee to coordinate between the state Ahlia Cement Company (الشركة الأهلية للأسمنت) and citizens who had reserved cement orders at the company.

Ahlia has a cement factory about 58 km south of Tripoli in the Sug Il-Khamees area.

The Ministry said that the committee will follow-up on facilitating ordered quantities and the schedules for cement delivery to all those who had made orders at the company.

It also said that the committee will also help to ‘‘overcome obstacles’’ in accordance with the lists prepared by local police (Security Directorate). These lists are based on the minutes of police reports documenting war damage. 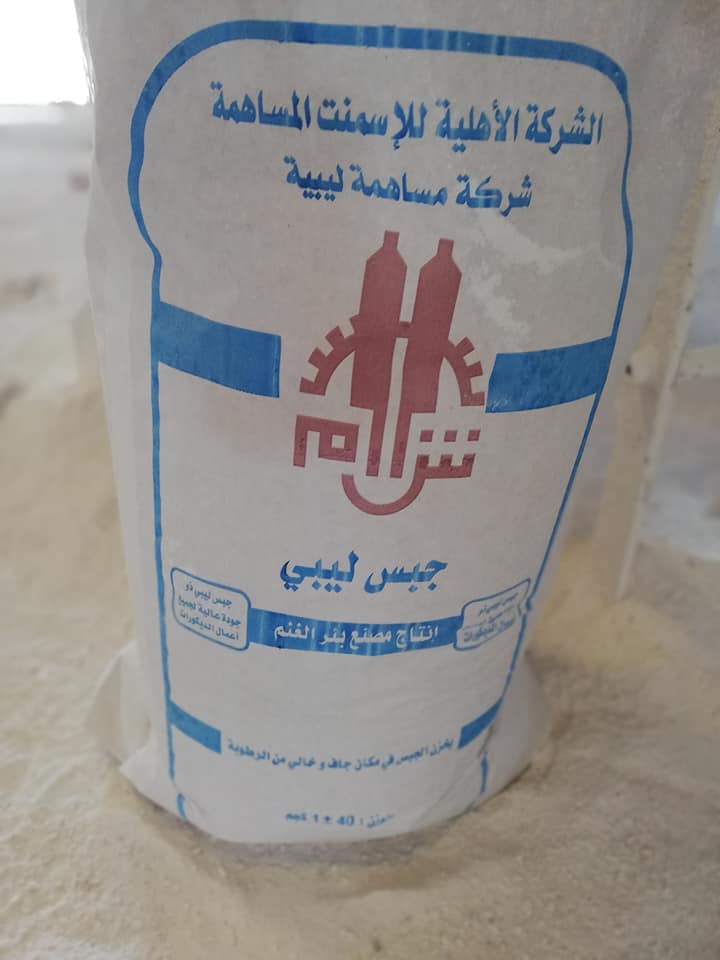 Decades of a black-market in Libya’s subsidised cement industry

It is worth keeping in mind that there has been a black-market in Libya’s state-subsidised cement market for decades. Corruption is rife in the sector with a ‘‘mafia’’ working in and with employees of the state cement factories controlling the supply and price of cement which reaches the end user at inflated prices.

It is this corruption and black-market which had for decades enabled imported cement to still be able to compete with locally produced/subsidised cement.

Libyans need connections (wasta) and probably have to pay a kickback to simply register an order at one of the state cement factories – and probably again to actually receive the order – which can take years. There is a black-market in reservation receipts alone – let alone the cement itself.

It is for this reason that the Interior Ministry has attempted to intervene on behalf of residents whose properties were badly destroyed in southern Tripoli – the hardest hit area of Tripoli during Hafter’s attack on Tripoli. And to prevent corruption, the Ministry has drawn up these lists for priority cement delivery based on police reports proving war damage.

Well aware of their historic reputation for corruption and in recognition of a new post-Qaddafi order, and with calls for reforms of state subsidies especially to state ”lame duck” entities, Ahlia announced in November last year the launch of an online booking system in an attempt to bypass the ”cement mafia”.