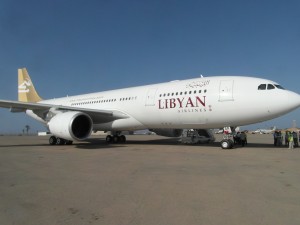 (Photo: From archives by Sami Zaptia).

Libyan Airlines announced that after the unification of its management between the eastern and western regions, it is working to operate flights to five different international destinations, the Tripoli based official state news agency LANA reports today.

The state owned and controlled Libyan Airlines said its current international destinations are Tunis, Sfax, Niamey, Alexandria, and Istanbul. These come in addition to domestic flights from Benghazi to Tripoli and back.

The company has also revealed that it has recently obtained a permit to operate the Libya Cairo route which will commence soon. Five additional planes are also expected to enter service soon enabling further flight expansion.

The news is further evidence of the normalization between western and eastern Libya after a long political split and civil war, as well as normalization with Egypt, previously a supporter of Khalifa Hafter and the eastern Libyan authorities – rather than the Tripoli government.