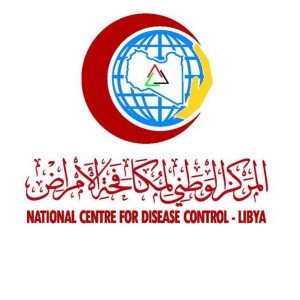 Libya’s National Centre for Disease (NCDC) announced Wednesday that it had discovered for the first time cases of the so-called English Coronavirus variant in Libya. This comes as the Libyan Doctors’ Union call for an investigation into the delayed arrival of vaccines to Libya, and outgoing prime minister, Faiez Serraj, allocates LD 600 million to combat the pandemic.

The NCDC reported that out of a random sample of 88 positive tests, 22 samples (26 percent) were found to be of the English variant.

Considering that this species is characterized by rapid transmission and spread of infection in society, the NCDC said that this discovery is cause for concern due to the expected emergence of a widespread epidemic wave, with possible dire consequences, especially in light of Libyan public indolence and lack of commitment to implementing preventive and precautionary measures.

The NDC stressed the need to continue tracking and studying the development of the new variant and obtaining the necessary support to do so, developing strategies for genetic surveillance of the virus, and that taking the necessary measures in a timely manner is critical to monitoring the emergence of variants and protecting public health.

Meanwhile, the Libyan Doctors Union yesterday called on the Attorney General to open an investigation into the reason for the delay in the arrival of the Corona vaccine in Libya.

They attributed the delay in the arrival of the Corona vaccine to Libya to the struggle of officials and battles over public funds over the kickbacks that they will obtain from supplying the vaccine.

The Union called on the Attorney General to open an urgent investigation in particular, to identify those involved and bring them to trial.

In the same vein , at Monday’s cabinet meeting, the outgoing Faiez Serraj government allocated another LD 600 to fighting the pandemic.

The Serraj government reported that the Chairman of the Advisory Committee to Combat the Corona Epidemic, Dr.Khalifa Al-Bakoush – who attended part of the session’s work – gave a full explanation of the extremely difficult circumstances surrounding the confrontation of this pandemic.

The most prominent of these was the failure of the Tripoli Central Bank of Libya to release the previous LD 600 million approved by the Serraj government.

Bakoush said this money was needed to confront the pandemic, through isolation centres and laboratory operators (PCR), in addition to urgent medical supplies.

Following this clarification, the Serraj cabinet decided to urgently allocate another LD 600 million to provide the vaccine and the needs of isolation centres and urgent medical supplies.

It stipulated that this money is to be covered from the account of the General Health Insurance Fund, as an exception from the regulations governing the operation of the Fund, with the emphasis not to use the amount for any other purposes.