Moderate HoR bloc calls for departure of foreign forces, widening circle of nominees, unification of military and borders and prisons under state control 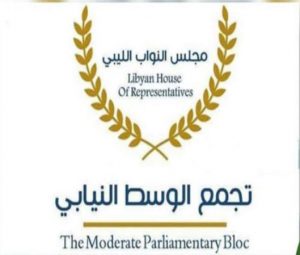 1- The necessity of ending any military presence of mercenaries on Libyan soil and ending the existence of all foreign bases without exception.

2- Commitment to expanding the circle of participation in the formation of the executive authority without prejudice to the standard of competence. The bloc strongly demands that no minister from cities from which (current) members of the Presidency Council or Prime Minister be included in the next government, and the bloc will not support any government formation unless this is taken into account.

3- Commitment to support efforts to unify the military establishment and reorganize it according to professional standards, and a commitment to end the existence of all armed formations (militias) without exception, regardless of their location, east, west or south.

4) Commitment to return all land, sea and air borders to real state control and to post regular force at borders, and to end all prisons outside state control.

The bloc reminded that the LPDF was formed in accordance with Article 64 of the Skhirat 2015 Libyan Political Agreement (LPA), which stipulates that the LPDF should convene in the event of a serious violation of the implementation of the LPA. It convenes to deal with the violation but the LPA does not at all stipulate that it remains in existence after that.

To this end, the bloc stated that it rejects the continued existence of the LPDF after the end of its (temporary) duties, and that its convening should be restricted to the event whereby the House of Representatives and High State Council fail to agree again – as stipulated in the LPA.

The bloc rejected Libya having a tripartite presidency, so that all decisions of the Presidential Council are by consensus, adding that the condition of full consensus should be limited to the duties of the Supreme Commander of the Armed Forces only.

It also stated that it will never accept the overriding of the powers of the House of Representatives elected by the people leading to the country’s government attaining its legitimacy from the Security Council or anyone else. Libya is an independent state, and there is never any concession on that, the bloc’s statement concluded.

Ageela Saleh’s virtual hustings: War on Tripoli was a mistake, time to turn over the page