It said this comes within the framework of implementing its 2020-2023 plan to modernize and develop its marine fleet.

The two tankers, named Fezzan and Anwaar Benghazi, were manufactured in 2021 and specialize in transporting crude oil or its derivatives, the GNMTC reported. 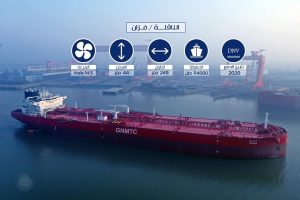 GNMTC said that as of the date of receipt of the tanker Fezzan, Wednesday 24 February, and of the tanker Anwar Benghazi, Friday 26 February, the two tankers officially joined the fleet and entered service for the first time.

It said that the company was able, within the short period of one year, to modernize and support the fleet with 3 newly manufactured vessels (Ibn Hawqal – Fazan – Anwar Benghazi), which meet the highest quality standards and requirements of the consortium of major oil companies OCIMF. They also meet all the international requirements and conditions applicable in the maritime market, so that the ships contribute to expanding the activity and raising the static volume of its fleet, thus enhancing its role and position as a competitor in the field of maritime transport at the international level.

It will be recalled that the GNMTC had reported that it had received the new oil tanker, Ebn Hawkel in January this year.

Libyan tanker Badr continues to be illegally detained in Bulgaria since 2017 – despite court rulings | (libyaherald.com)

Libya objects to illegal boarding and detaining of its merchant ship in Bulgaria | (libyaherald.com)

After two-year court battle Libyan tanker back from Greece | (libyaherald.com)