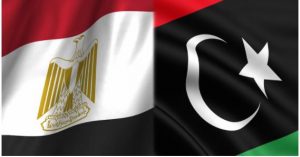 The Cases Department of the Supreme Judicial Council reported today it has avoided a loss of about 1.365 million Egyptian pounds by successfully defending two cases in Egypt.

The first case was a claim for about one million Egyptian pounds in compensation demanded by an Egyptian citizen, alleging that he had been caused material and moral damage as a result of his arrest, imprisonment, beatings and seizure of his money while he was in Libya until 2013.

The Egyptian court stated that it was not competent to hear the case, obliging the claimant to pay the expenses of the defendant.

The second case, estimated at about 365,000 Egyptian pounds, was in the administrative seizure case on the funds of the Libyan state at some banks and other bodies in Egypt. The Cairo Court of Appeal rejected the seizure and obligated the Egyptian side to pay expenses and attorney fees.

LISCO to increase production by 200,000 tons per annum