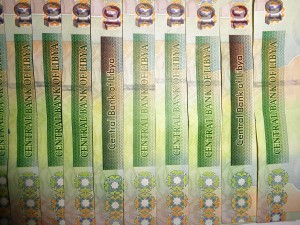 The Libyan dinar gained and fell under the LD 5 per dollar barrier yesterday for the first time for years on the black-market. In November 2020 it was over LD 6 per dollar.

The gain by the dinar on the black-market exchange comes after the official dinar devaluation announced on 16 December last year to 4.48 per dollar – which went into effect on 3 January this year.

The new unified and devalued exchange rate followed on from the historic ‘‘preliminary” 7 December reunified CBL board meeting. The CBL had been split – reflecting the country’s political split – since 2014.

Analysts see the gain by the dinar as a reflection of:

Constitutionally based elections to take Libya out of its interim status that it has been stuck in since the 2011 February revolution are also planned for 24 December 2021.