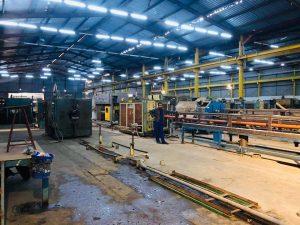 The Fund said it is one of the company’s most important and cost-effective production lines.

The chairman of the company, Abdul Hakim Al-Karmaji, inaugurated the line, expressing his happiness for the recent progress in the company, which came after the concerted efforts of all officials and employees of the company.

He also expressed his hope to support the company through the continuous provision of raw materials.

The opening was attended by a number of businessmen, social and security leaders in Janzur city.

Last February, the ESDF had announced that it had restarted its polyethylene pipes factory at its Janzur pipes factory.

The sprawling ESDF has been trying to reform its structure and reactivate its stalled activities across a wide cross section of sectors since the 2011 revolution. These include aviation, health, gas cylinders and cement.