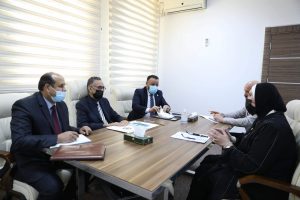 The meeting was held on the side-lines of the visit of the Egyptian Prime Minister to Tripoli on Tuesday.

The meeting discussed enhancing cooperation between the two countries through: