U.S. continues pressure for 24 December elections and departure of all foreign forces from Libya 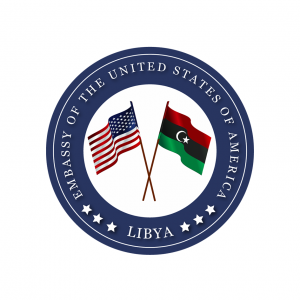 The U.S. is continuing to pressure all Libya related stakeholders to ensure the holding of the 24 December elections and the departure of ‘‘all’’ foreign forces from the country.

The latest statement on the matter came yesterday through the U.S. Embassy, Tripoli:

‘‘During a meeting with Paul Soler, France’s Special Envoy to Libya, Ambassador Richard Norland and CdA Brian Aggeler reaffirmed U.S. support for the upcoming national elections in Libya and the departure of all foreign military forces and fighters.’’

The stress on ‘‘all’’ foreign military forces and fighters comes on the back of the spat between Libya’s Foreign Minister Najla Mangoush and the High State Council (HSC).

The HSC publicly rebuked Mangoush for suggesting that Turkish forces must leave Libya too. The HSC chooses to view the presence of Turkish forces (and their Syria mercenaries) as legal having been invited by the sovereign government of Faiez Serraj – whereas forces aligned to Khalifa Hafter are not.

The U.S. seems clear that they want ‘‘all’’ foreign forces out of Libya.