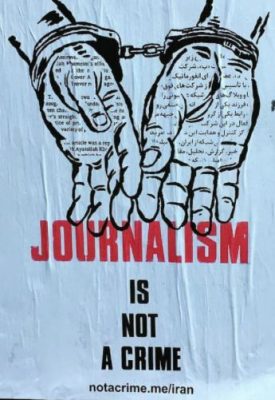 The decision included naming the award the State Appreciation Award for Journalism, to be awarded on the third of May of each year to one or more journalists. The decision also includes mandating the Minister of State for Communication and Political Affairs to form an arbitration committee to undertake the process of evaluation and comparison between the candidates for the award according to specific criteria to be set.

Speaking at a Tripoli ceremony celebrating the occasion, prime minister Aldabaiba, called on all journalists in all parts of Libya to join forces for the sake of Libya.

He claimed that previous governments after the February 17 revolution were unable to organize and develop the sector and protect journalists.

Aldabaiba said his government is obligated to take reform measures to develop the official media and secure journalists.

He revealed that yesterday he issued a circular that is binding on all state officials to protect journalists and support their efforts and is ready to issue all necessary laws to protect freedom of the press.

The prime minister affirmed his government’s readiness to provide all facilities for drafting a code of ethics for the profession and forming strong and effective unions for journalists.

He said his government announces the Journalism Appreciation Award, as an expression of its interest in this important sector for democratic transition.

The government has directed the establishment of an independent, supreme national institution in charge of protecting freedom of the press and regulating the granting of permits to establish media projects, he added.

This national institution, he explained, will also follow up the published materials to ensure that hate speech or incitement against the stability of Libya does not spread or impede its democratic transformation, and to ensure the quality of content in the public media before the private media.

The reality of Libya’s press freedom

Violence against journalists and the media in Libya is matched with complete impunity for the weak state, with state aligned security forces blamed for most cases of media harassment.

Equally, the Libyan legal system does not protect journalists and leans towards the interests of the state.