Algeria to accelerate reopening of its borders with Libya 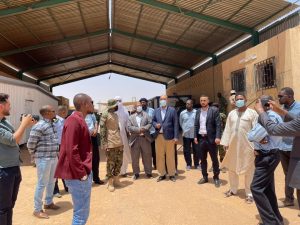 Algeria has agreed to accelerate the reopening of its land borders with Libya.

The news was revealed today by member of Libya’s Presidency Council, Musa Koni in a tweet on his personal account. The revelation followed his recent visits to the border towns of Ghadames and Ghat with Foreign Minister Najla Mangoush.

Koni tweeted ‘‘I salute with gratitude the response of the Minister of Foreign Affairs of Algeria, Mr. Boukadoum, to the acceleration of the opening of the Ghat / Ghadames border crossings. The closure of the ports has made the conditions of these areas difficult. Initial opening of the goods transport movement.’’

The reopening will initially be solely for the exchange of goods.