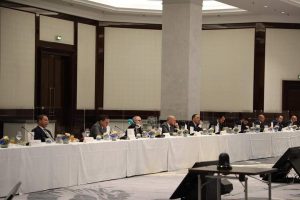 The event was organized by the German Ministry of Economy and Energy on the eve of the Berlin 2 Libya Conference.

On the German side, the event was attended by the German Foreign and Economy Ministers and several major German companies.

Aldabaiba stressed that Germany is the second largest European partner in the Libyan economy after Italy. He called for the activation of existing agreements between the two countries and highlighted Libya’s desire to cooperate with German companies in renewable energies.

Finally, he invited German companies to participate in Libya’s annual International Trade Fair which is going to be held in September.