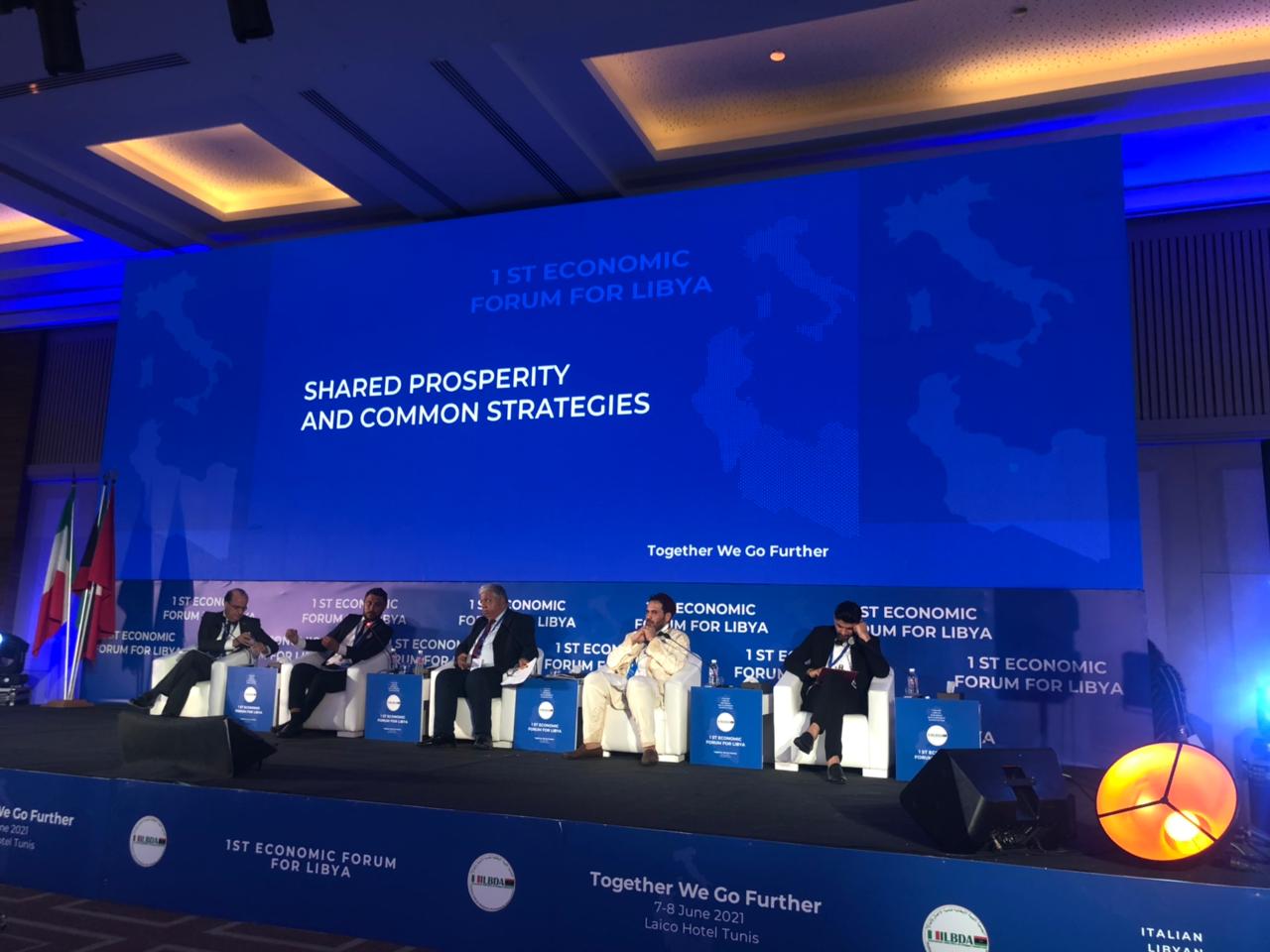 The first of a series of three economic forums organised by the Italian-Libyan Business Development Association (ILBDA) got underway yesterday in Tunis with a number of high-level business meetings aimed at kick-starting Libya’s economy and accelerate reconstruction. The forum continues today. Exhibitors are mainly from construction, investment banks and energy companies, but also present are food, workwear and furnishing suppliers.

Delegates spoke of a sense of urgency to get Libya’s economy up and running quickly and some 150 of them from Tunisia, Italy and Libya – including representatives of 62 Libyan businesses – turned up the Tunis’ Laico Hotel to hear new strategies and ideas for relaunching the war-weary country’s economy as well as a rare opportunity for networking and face-to-face business meetings between banks, companies, municipalities and investors.

ILBDA’s vice-president and co-founder Ashraf Tulty emphasised to the Libya Herald the urgency of getting businesses going in Libya give that the current Government of National Unity led by Abd Alhamid Aldabaiba had a limited mandate to govern until elections. “There’s a deadline of 24 December,” he said, stressing the need to addresses the cause of the country’s divisions and conflict, this being “the economic injustice of the unequal distribution of wealth”.

ILBDA is to hold a second forum in Tripoli at the end of July and then a third in Benghazi at a date as yet undecided.

By holding the series of forums in the three places, Tulty said he wanted to create a “triangular cooperation” between Tunisia, Libya and Italy. “We want the expertise of the Italians, the skills and labour of the Tunisians.”

From the Italian side, an awareness of addressing key issues to support a sustainable restart was emphasised. For economic growth to become a reality there needed to be constant support in terms of better security as well as humanitarian aid, said Donatella Iaricci, the head of the Tunisia office of the Italian Trade and Investment Agency, ICE

Unusually, the forum has attracted a number of mayors from east, west and south Libya, with a panel session enabling mayors to explain their municipalities’ needs in terms of development, reconstruction and inward investment.

Despite the political ructions of the past ten years, commercial ties between Tunisia and Libya have remain strong, regardless of the reports to the contrary.  “Despite the events of the last ten years we’ve never stopped supporting the export of food and medications to Libya,” said between Zouhaier Ouakaa, the director-general of Banque Tuniso-Libyenne, one of the sponsors of the forum and a prominent financer of export/import between the two countries. The presence of a common land border made exporting from Tunisia simple.

Ouakaa is confident about the Libyan economy rebounding and Tunisian as well as Italian companies paying a major role. “We’ve seen exports grow exponentially recently. In particular, we expect a surge in exports of [Tunisian] construction merchandise.  We’ve seen cement prices go up by ten percent.” Tunisia could also “export” a highly-skilled workforce of some 800,000 people to fill Libya’s labour and skills gap, he said. Over and above that, Tunisian enterprises could bring much-needed services such as industry certification, consultancy and accountancy.

There is a significant presence of companies specialising in energy and water requirements at the forum –  not only for industry and the public sector but, with the large number of Libyans who continue to have to endure long power cuts in mind, for domestic needs as well.  A growing number of Tunisian and Italian homes now use alternative energy, mainly solar panels, exhibitors said, and these could be shipped and installed in Libya in just a matter of days.

Tulty was optimistic about the planned upcoming elections and felt that war-weary Libyans were also now “enthusiastic” about investment and development. However, there was a note of caution from him. Libya’s “backward investment and business laws” had to be addressed. Also, there was an urgent need to reform the country’s banking system .

“You cannot be a functioning, modern state without an advanced banking system,” he said.