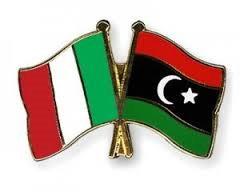 On Monday, the Libyan Ministry of Foreign Affairs revealed that the Italian Embassy in Tripoli will start granting visas to citizens ‘‘in the near future’’.

This came during a meeting with the Undersecretary of the Ministry of Foreign Affairs for Political Affairs, Mohamed Issa, Italian Ambassador to Libya Giuseppe Buccino Grimaldi, in the presence of the Deputy Director of the European Department at the Ministry, Musa Al-Kilani.

The ministry stated that the meeting touched on “a number of important and pending files, including working to implement the Libyan-Italian Treaty of Friendship, and the issue of illegal immigration, to help confront this problem at countries of source.”

The Ministry quoted the Italian Ambassador as saying that his country’s embassy in Tripoli “will begin granting visas to Libyan citizens in the near future.”