The detention of the mayor of Sabrata for corruption: Analysis 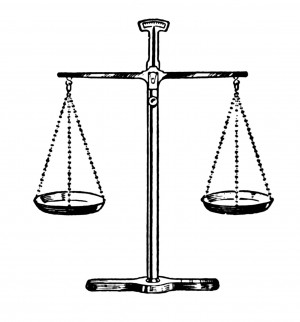 The Attorney General’s Office reported yesterday that it has held the suspended Mayor of Sabrata in pretrial detention pending his corruption case. He is accused of making personal gains from charges for Coronavirus tests.

The case of a Libyan holder of relatively high office – a mayor – being charged, arrested, and held in pretrial detention in Libya is rare.

Good news for imposition of the rule of law

It augurs well for the return of the imposition of the rule of law and the re-emergence of the state and its institutions. It hopefully sends a strong message that Libyans of high office will not be beyond the reach of the law.

It also hopefully sends a message that the state will fight corruption practiced by high officials.

The case will in no way mean that Libya will overnight cease being a state where institutional corruption is rife, but it will send a message and it announces a start. A start has to be made somewhere with someone – even if it is seen as a minor case or that the mayor is seen as small fry. It isn’t and he isn’t. Every Libyan has a community, a city, a tribe, or region behind him. Often a militia too.

The strength and confidence of the Attorney General

The case also reconfirms the confidence and strength of the Attorney General, Sideeg Al-Sour. It indicates that he has the backing of strong political and militia forces in western Libya / Tripoli.

His office relies on there being an effective state security apparatus to some extent. Al-Sour relies on the various implementing branches of the judicial and criminal police to execute warrants and make arrests across western Libya. Without an effective police force, cases will sit in their files on their shelves – as they have since 2011 – without being pursued.

One unified government and parliamentary backing

It helps that Libya has one unified, uncontested government and that Al-Sour is backed by parliament. No one in Libya questions his legitimacy or authority. This helps greatly in a Libya torn apart since 2011 by contested legitimacy and authority. So far, his position has not been politicised.

The uncontested legitimacy and authority of Al-Sour has also empowered the government. The unified Libyan Aldabaiba government has been able to rollout its ‘‘Law Enforcement’’ policy in the face of minor rogue militias and the Libyan public. Armed with arrest warrants issued by Al-Sour and knowing that Al-Sour will back his police/army forces, Aldabaiba has sought to impose some law in western Libya.

This has included reclaiming of state property encroached upon by citizens, the ending of the illegal use of the Man-Made River water through illegal connections, the destruction of property/commercial units built on public land, to seeking and arresting criminals and terrorists.

How far can Al-Sour seek justice?

One swallow does not a summer make. It remains to be seen how far Al-Sour is prepared to go. The mayor of Sabrata is one thing – but there are many other accusations against many bigger fish than Sabrata’s mayor.

Time will tell if the mayor is being used as a scapegoat – a red herring to transmit the impression that the Attorney General fears no city, tribe, political stream, or militia. It remains to be seen if Al-Sour will seek those who come from the stakeholders that support him. Time will tell. But it’s a start – a start that gives hope.

U.S. continuing pressure on Libyan stakeholders to hold 24 December elections - and on time