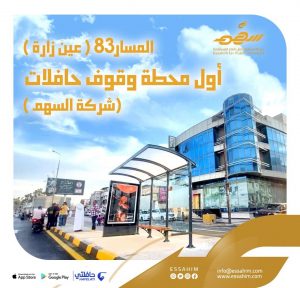 The state Essahim Public Transport Company yesterday installed its first bus stop for on its Tripoli City Bus route 83. The company reported that the bus stops are made by Gulf Electrical and Metal Industries Company.

The installation of its first bus stop coincided with the opening of the new road linking Al-Furnaj with Al-Shoak Road and leading to Ain Zara. The road opening was given much fanfare by the government as part of its Reviving Life development programme.

The company said it will start installing bus stops along all its other routes.