Op-Ed: The Aldabaiba government should think hard before returning to price fixing 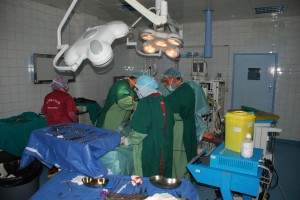 The Aldabaiba government should think hard before returning to the Qaddafi-era price controls on the private sector (Photo: Libya Herald archives).

Last Thursday the Minister of Economy and Trade, Mohamed Hwej, held a meeting at his Ministry that included the (Libyan) Union of Medical Clinics to discuss the draft state-set pricelist for the private sector health service providers. The Ministry’s report on the meeting suggested that the pricelist would help the Libyan citizen.

It would contribute to unifying prices and achieving the principle of competition by raising the quality of services.

Post-Qaddafi era Libyan governments regularly cite Public-Private Partnership (PPP) as the way forward out of the inherited centralization and command economy. They cite the fall in Libya’s oil production and international crude oil prices as well as the spiralling demands by citizens that mean the state budget cannot meet these demands across all sectors.

A partnership with the private sector to leverage the billions of deposits lying idle in Libya’s bank accounts is deemed the only realistic way in the future to fire-up the economy.

In the health sector, the free Libyan health service has been a total failure for decades forcing Libyans to use their savings and sell their assets to secure healthcare in countries like Tunisia, Turkey, Jordan, and for the better off who can get a Schengen visa, in Europe.

There has been talk about encouraging the Libyan private health sector for decades, but the Qaddafi regime had imposed a price structure on the sector stifling its growth. Libyan governments want the private sector to offer high quality health services but at rock bottom prices. This has invariable discouraged the private sector from investing seriously on a par with Tunisia or Jordan.

The insistence by the current Aldabaiba government and its Qaddafi-era Minister of Economy and Trade on imposing a pricelist for the private sector reflects the dichotomy of the Libyan state. It talks free-market enterprise but acts Qaddafi-era market controls.

The government knows that no matter how expensive health services seem in Libya, they will always be cheaper than going abroad. Seeking healthcare locally will do away with the need for hard currency as well as the emotional cost of travel and having a companion with every patient abroad.

It is much better to encourage a new, vibrant local health sector so that money that would have leaked abroad stays locally within the economy boosting the economy through jobs and associated industries.

The government should think hard about returning to the failed price-fixing practices of the Qaddafi era. The way forward is free-market enterprise not a return to the command economy.