On the eve of the Libya Stabilisation Initiative Tripoli conference tomorrow, delegations have started to arrive in the capital 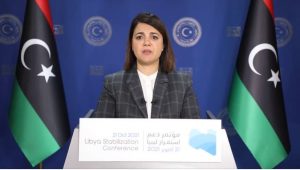 On the eve of the Libya Stabilisation Initiative Tripoli conference to be held tomorrow, foreign delegations have started to arrive in the capital.

The countries and organisations reported to be attending the event are:

According to Foreign Minister Najla Al-Mangoush, the conference, which will unveil her government’s Libya Stabilisation Initiative, will focus on several issues;

o The unification of the Libyan army under single command and disarmament, demobilisation and reintegration (DDR) of the militias;

o Support for the 5+5 JMC in maintaining the ceasefire and in its other plans;

o Agreeing reforms and programmes to develop the economy and ensure growth;

o Agreeing further support for HNEC to fully oversee the elections (and possibly also agreeing the dates, with the possibility of the announcement of a delay election date);

o Organising support for the High Commission for National Reconciliation;

o Promoting awareness of human rights through religious discourse and the media;

o Counter-acting both so as to create national unity.

Commenting on the event today, Libyan Prime Minister Abd Alhamid Aldabaiba tweeted ‘‘Libyans choose peace and stability today. Tripoli has healed and regained its symbol as a unified capital. The stability of Libya is the only way to complete building our civilian, security, and military institutions. We are going to elections on time. Libya welcomes the world!”