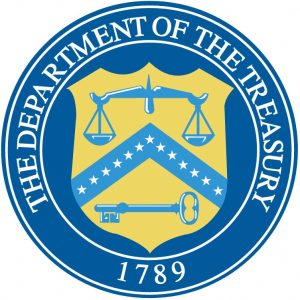 Al Kuni is designated pursuant to Executive Order (E.O.) 13726 for being involved in, or having been involved in, the targeting of civilians through the commission of acts of violence, abduction, forced displacement, or attacks on schools, hospitals, religious sites, or locations where civilians are seeking refuge, or through conduct that would constitute a serious abuse or violation of human rights or a violation of international humanitarian law.

“In view of sanctions imposed by the United Nations, Treasury is taking this action to promote accountability and expose the illicit activities of those abusing and exploiting migrants transiting Libya in pursuit of a better and more secure life,” said Director of the Office of Foreign Assets Control, Andrea M. Gacki. “We will continue to align with the international community by using sanctions and other tools to support the victims of such inhumane treatment and isolate those involved in such abuse of human rights. Treasury calls on Libya’s Government of National Unity to hold accountable Al Kuni and others perpetuating such abuse.”

Osama Al Kuni Ibrahim (Al Kuni) has been identified as the de facto manager of the al-Nasr Detention Center in Zawiyah, Libya, colloquially named the “Osama prison” because of his involvement. Al Kuni, who has been described as a migrant-smuggling kingpin, is responsible for the systematic exploitation of African migrants at the detention center where these migrants are subject to various human rights abuses. Al Kuni or the individuals under his direction have been involved in or facilitated the killing, exploitation, abuse, and extortion of migrants at the detention center, including through sexual violence, beatings, starvation, and other mistreatment.

As a result of yesterday’s action, all property and interests in property of the designated individual that are in the United States or in the possession or control of U.S. persons must be blocked and reported to OFAC. In addition, any entities that are owned, directly or indirectly, 50 percent or more by one or more blocked persons are also blocked.

Additionally, Al Kuni was designated by the UN Security Council’s Libya Sanctions Committee. Pursuant to that designation, all UN Member States are obligated to impose an asset freeze and travel ban.