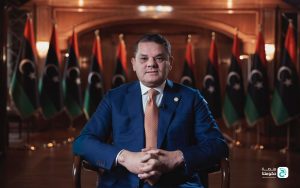 Aldabaiba hints that he may run in the presidential elections if the public demand it (Photo: Archives from GNU).

Speaking (some would say electioneering) to a gathering of youth and students in Tripoli last Monday, Prime Minister Abd Alhamid Aldabaiba said:

The last point has been interpreted as another strong signal that the PM wants to stand in the upcoming 24 December presidential elections. However, he had not resigned his current job three months before the elections. The current rules would have to be amended by the HoR – which currently look very unlikely.