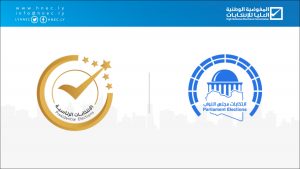 High National Elections Commission (HNEC) head Emad Al-Sayeh held an expanded meeting yesterday with Deputy Special Envoy of the United Nations, Resident Representative of the United Nations Development Programme, the Ambassador of the European Union, the ambassadors of France, Italy, the Netherlands, and the Head of the Political Bureau of the British Embassy.

The meeting was also attended virtually by the ambassadors of the United States of America, the ambassador of Germany and the chargé d’Affaires at the Embassy of Japan and came within the framework of the support and follow-up of the international community, countries and organizations that provided technical and advisory support to HNEC for the stages of implementation of the electoral process in Libya.

The meeting, which was held at HNEC’s Tripoli headquarters, reviewed the role of the international community in support of Libya at this important stage in its history, the latest arrangements for the electoral process in accordance with the new political developments, and HNEC’s level of readiness to implement the upcoming elections on 24 December.

The attendees commended the efforts made by the commission for the stages of the electoral process that have been completed, stressing that international support for these efforts is continuing, leading to the completion of the elections in Libya.

On his part, Al-Sayeh commended the efforts of the international community and donor countries and those in support of HNEC aimed at ending the transitional phase through a transparent electoral process that all parties are satisfied with and that fulfils the aspirations of Libyans in a stable democratic state.