The Municipality of Tripoli Centre has launched its drive to attach post /ZIP codes on buildings within its area.

At a ceremony on Saturday attended by several dignitaries including the Libya Post Company in charge of implementing the project, the Municipality had its postcode plate, 10.07.001, attached to its building. The Municipality shares the old Italian colonial era Post Office building in Algeria square.

At the event, the important role of postal addressing was emphasised. Its importance in overcoming difficulties and improving services that keep pace with digital transformation that serves the citizen, state institutions and business owners was highlighted.

It will be recalled that Libya’s post code system was commenced during the Qaddafi regime which had announced in the early 2000’s that the system was completed. Green post code labels began to be attached to many buildings in Tripoli at the time. However, the project was never completed.

Today, the home delivery industry has sprung into action relying on imported technology such as Google Maps or through instructions of locations through the mobile phone. A post code system would help the sector immensely. 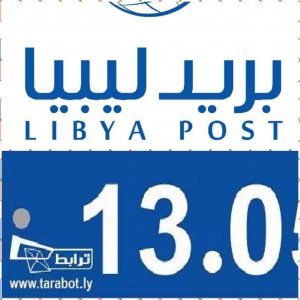