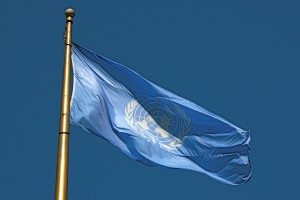 In a statement on Libya released yesterday by the Spokesperson for the UN Secretary General Antonio Guterres, the UN reiterated that it continues to support the holding of presidential and parliamentary Libyan elections ‘‘as soon as possible.’’

‘‘The Secretary-General takes note of the announcement on 22 December by the Libyan High National Elections Commission (HNEC) that a new date needs to be set by the House of Representatives (HoR) for the first round of Presidential elections.

The Secretary-General commends the 2.8 million Libyans who have registered to vote. It is imperative that the will of the people is respected. Presidential and parliamentary elections must take place in Libya in the appropriate conditions to peacefully end the political transition and transfer power to democratically elected institutions. In this regard, the Secretary-General takes note of the Libyan High National Elections Commission’s recommendation to the House of Representatives and welcomes its continued commitment to the ongoing Presidential and parliamentary electoral process.

The Special Adviser to the Secretary-General on Libya, Ms. Stephanie Williams, and the United Nations Support Mission in Libya will continue to support a Libyan-led and Libyan-owned process to address outstanding challenges and ensure the holding of Presidential and parliamentary elections as soon as possible.’’