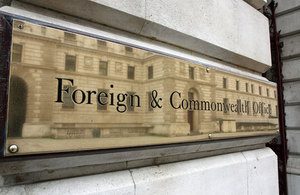 It remains to be seen if Elkaber will make the trip after his very public bust-up with Serraj this week, with each accusing the other of being responsible for the current economic mess.

The meeting at the Foreign and Commonwealth Office building is also likely to be attended by President Obama’s special envoy to Libya, Jonathan Winer. The Americans are seen to have taken the lead in trying to handle the economic woes. It is not clear if the British foreign secretary Boris Johnson will also have a hand in the talks.