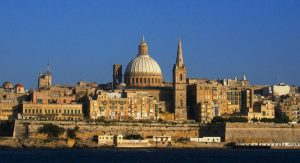 Libya Dialogue members will be in Valetta tomorrow (File photo)

A fresh attempt to end Libya’s precarious political impasse begins tomorrow in Malta where the government is hosting the latest UNSMIL-sponsored meeting of the Libya Dialogue.

The two-day Valetta gathering is once again looking at pushing forward the Libyan Political Agreement and taking stock of recent developments. Since they last met in Tunis in September,  Khalifa Ghwell’s National Salvation Government has sought to come back from the political dead, with its supporters grabbing and still occupying the Rixos premises of the High State Council.

UNSMIL chief Martin Kobler today warned “the situation in Libya is precarious and needs prompt action and leadership”.  He added that only with a united and effective government could security and basic services be restored.

Though since their stormy July session with Faiez Serraj and the Presidency Council, the Libya Dialogue members have shown growing impatience with the PC’s failed efforts to assert any real of authority, even in the capital,  the LPA remains the only deal on the table.

No doubt recognising that the PC will be criticised for continuing insecurity and lawlessness in Tripoli, Serraj today held a meeting with security chiefs.