At least 23 soldiers die as army advances into Ganfouda 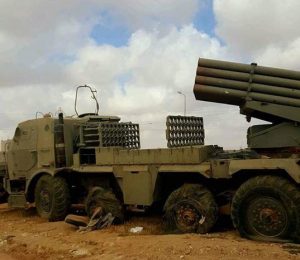 The army claimed to have seized terrorists weapons and ammunition today but its drive into Benghazi’s Ganfouda is coming at a high price, with at least 23 dead in the last 48 hours and as many as 60 soldiers wounded.

At least four of the dead were killed by booby-traps as they worked their way forward from the Gwarsha Gate overrun two days ago.  Troops said that they had captured a large amount of ammunition as well as vehicles and weaponry. Among the last was a Grad missile launcher which one army source said had probably been responsible for the recent rocketing of targets around Benina military airbase. 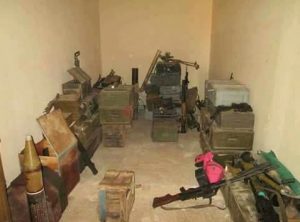 The army admits that it is now encountering tougher resistance from the enemy, for whom it gave no figures of dead and wounded over the last 48 hours.

House of Representatives president Ageela Saleh has sent “the congratulations of the Libyan people” to the army for their recent advances.  Less predictably, both the US special envoy and the British ambassador have also tweeted sympathetic messages.

Jonathan Winer spoke of the “tough sacrifices” by the Libyan National Army in Benghazi’s  counter-terror fighting while the UK’s Peter Millett noted that the army had liberated Gwarsha from Daesh [IS] and Ansar Al-Sharia adding: “Condolences to the families of LNA martyrs”.