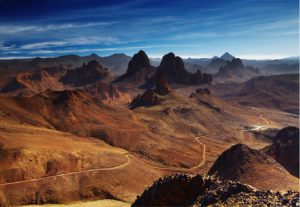 An LNA aircraft has bombed at Tebu-held position in Kufra district for the second time in a month.

This morning’s attack was on Kilinja checkpoint some 350 kilometres south west of the Tebu village of Rebyana, itself 150 kilometres from the desert oasis town of Kufra. Like the attack near Rebyana on 31 October, there were no casualties.

However, it has highlighted concerns that the Libyan National Army (LNA) is moving more firmly against the Tebu who were once seen as its allies.

Tebu sources say they have obtained a leaked document from LNA headquarters in Marj which sets out the new policy. Dated 22 September this year,  it apparently gives full authority to the army’s Kufra Operations Room to cleanse both Rebyana and Um Aranib in the south-east of the country from what it had described as “criminals” and “rogues”.

Today’s attack was said to have been carried out by an AT-802 – also known as an Air Tractor because it is based on a US crop-spraying aircraft. It is not known that the Libyan airforce operate this aircraft type. However, the UAE does and is supposed to be flying six of them from  Al-Khadim air base to the south-east of Marj and Jardas Al-Abid.

The AT-802 has a range of some 1200 kilometres which would mean that if it was an aircraft from Al-Khadim it would need to have been operating from a forward airfield, probably Kufra.

The Kilinja gate has been under Tebu control since 2011. It is regarded as a major transit point for human traffickers and drugs smugglers, including migrants and contraband coming from the Siwa and Farafra oases in Egypt. The gate controls the main pass into the Tibesti mountains and Chad. The area remains heavily mined from Qaddafi’s conflict with Chad between 1978 and 1989.