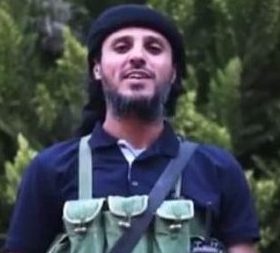 Benghazi militant leader Wissam Ben Hamid is dead according to one of his colleagues who was arrested today near Ajdabiya by the Libyan National Army (LNA) while trying to flee.

Naizar Jalal Atwier, who was a spokesman for Ansar Al-Sharia in Benghazi, was caught east of Ajdabiya at a location named Al-Bidan. It is believed that he managed to escape from Ganfouda in yesterday’s mass breakout.

It was thought at the time that Ben Hamid had also managed to escape.

Interrogated today, however, Atwier said that Ben Humaid had been killed in a recent airstrike. According to LNA spokesman, Colonel Ahmed Mismari, it was at the end of December. Some reports say 28 December.

Since then, Atwier stated in a videoed interview, the militants in Ganfouda have been led by Jalal Makhzoum. He, apparently, is still there.

Ben Hamid who was originally commander of one of the main brigades in the city, Libya Shield No. 1 Battalion, was widely regarded as one of the most dangerous and ruthless of Benghazi’s Islamist leaders. He was suspected of being behind a string of political assassinations and murders in the city, among them the gunning down in June 2013 of 32 protestors outside Libya Shield No. 1’s Kuwafiyah base.  That October, he was accused of ordering the murder of Colonel Ahmed Mustafa Al-Barghathi, the head of Benghazi military police, and his home in Kuwafiyah was burnt down by members of the Barghathi tribe. He then threatened revenge on the attackers. 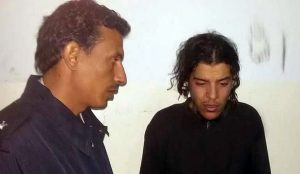 In October 2015, evidence was produced suggesting that he had planned the murders of Mahdi Al-Barghathi, now the Presidency Council’s defence minister but then the commander of the LNA’s main tank battalion fighting the militants in Benghazi, and Salah Bughaib, the head of military intelligence unit in the city.

As the LNA offensive in Benghazi against the militants slowly managed to throttle them, Ben Hamid created new forces loyal to himself – a year and a half ago there was one called the Free Libya Martyrs Brigade. However, by the end of 2015, he had left the city and was at various times in Tripoli, Misrata and Jufra. By mid-2016 he was a leading figure in the Benghazi Defence Brigades, based in Tripoli, which were linked to controversial grand mufti Sadek Al-Ghariani and dreamed of wresting control of their city from the LNA.

In July last year, he accused Abdul Raouf Kara, the head of the Rada (Deterrance) units in Tripoli of being part of a “malicious clique”.

He was reported to be in Tripoli in November. Last month, however, Mismari said that he was trapped in Ganfouda along with Makhzoum and another militant commander, Salem Ben Shatwan.

Meanwhile late this afternoon, the bodies of 19 militants, all thought to have taken part in yesterday’s Ganfouda breakout, were taken to Ajdbiya hospital. It is believed they include 13 who blew themselves up today when they were surrounded by LNA forces at the village of Saunau east of Ajdabiya.