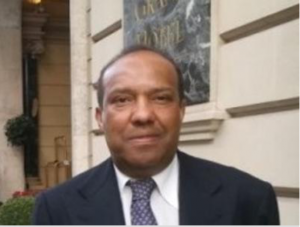 There is growing rejection of the decision by Abdul Razzaq Al-Nazhuri, the LNA’s chief of staff and its military governor from Ben Jawad to Derna, to ban women travelling abroad if not accompanied by a male guardian.

It has attracted ridicule and condemnation from, among others, social activists and House of Representatives’ members as well as ordinary members of the public, notably on social media.

Benghazi HoR member Ziyad Daghim said Nazhuri was exceeding his authority in issuing such an order.

Prominent among those condemning the move is former ruling family member Prince Idris Al-Senussi, who issued a statement today saying that women’s rights to be respected and protected.

“We have to defend the rights of women,” he later told the Libya Herald. “Men and women have the same rights,”, he said, adding: “I believe in the free movement of men and women in the country. This is a fundamental right.”

The 1951 constitution had given Libyan such rights. “No one can take them away from us,” he declared.

“Our mothers, our sister, our daughters – they helped make the revolution a success. This attack on their rights is repugnant, and Libyans – men as well as women – will not accept it.”

He and other members of the Senussi family had been watching unfolding events in the country very closely but did not want to interfere, he said. “But I could not stand by with this attack on women’s rights.”

His position, somewhat predictably, has been attacked on TV by the very man seen by many Libyans as responsible for the restriction: Saudi Salafist imam Osama Al-Otaibi.

Meanwhile also on TV, Nazhuri has defended his decision saying it was taken for security reasons, claiming that there had been cases of Libyan women being in contact with foreign intelligence. He added, however, that the decision would not apply to Libyan women who were members of the House of Representatives or who worked in government.